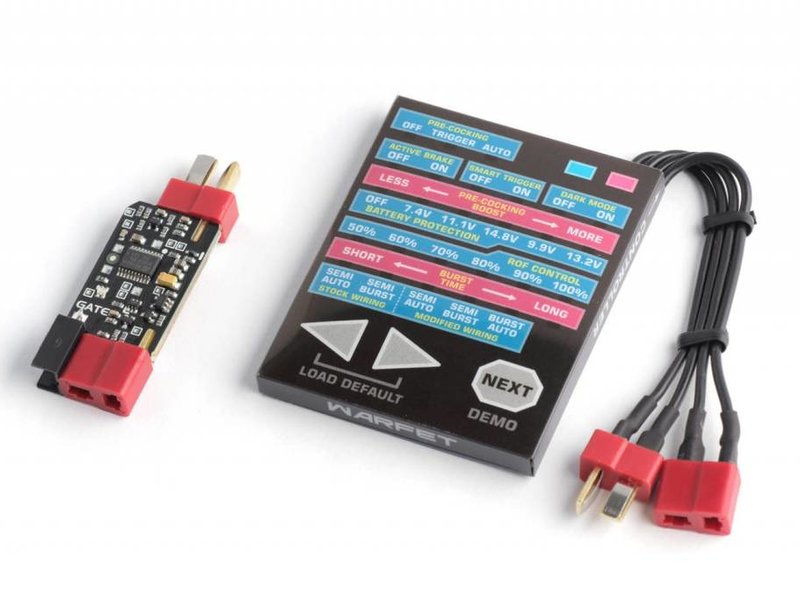 WARFET is Gate's most advanced AEG Control System. It has 20 functions and almost 6 million possible configurations. The outstanding Tactical Programming Card provides you with very easy access to the WARFET Power Module settings.

Thanks to the Pre-cocking and Smart Trigger functions, you can achieve a trigger response similar to a real gun. The Programmable Burst (1-5 rounds) enables you to fire a pre-determined number of BBs, which is very useful in MILSLIM and for using low-caps. Another function is ROF Control, which allows you to reduce ROF, so you can use strong LiPo batteries, and still have ROF just like in a real rifle. If your AEG becomes jammed, the Smart Fuse protects the battery and the motor against damage. It also prevents deep battery drain. Moreover, with WARFET you get: