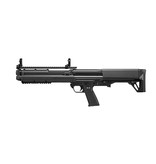 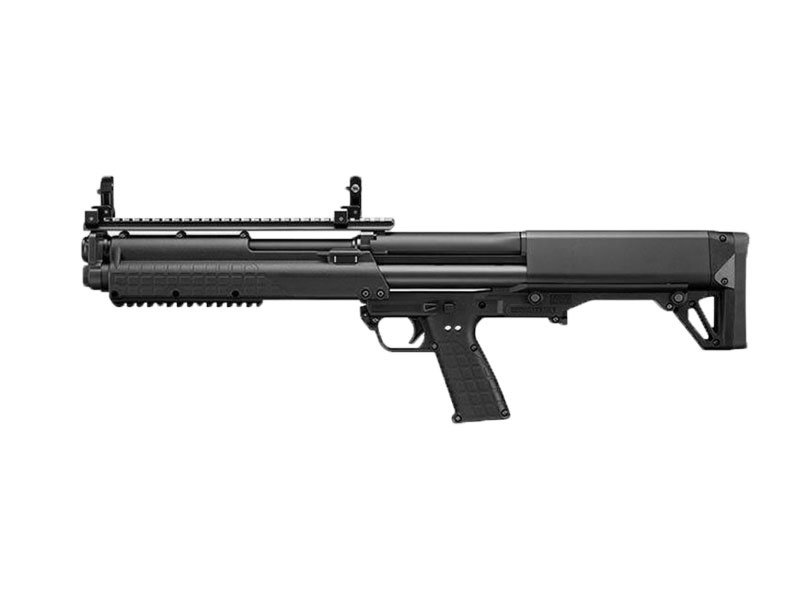 The Tokyo Marui KSG Shotgun Gas Shotgun is TM's latest entry into the Airsoft Shotgun market following the highly successful M870 models. Sleek and aggressive, this shotgun has been featured prominently in many films and videogames for it's distinctive profile and devastating firepower, such as Terminator Genisys and John Wick. Powered by green gas, this all metal shotgun is capable of firing between three and six BB's at one time by manipulating a switch near the ejection port. Similar to the previous 870 models, this airsoft gun features three inner barrels with individual fixed hop up units, giving you great CQB range as well as a decent amount of BB spread. Included is a gas cartridge, which is loaded in the stock of the gun. This gas cartridge, in temperate weather, allows you to fire about three shells worth of BBs. The shotgun is compatible with any TM 30 round style shell, and the 30 round shells used for UTG Spring Shotguns, which is predominately used in M3 style triburst shotguns. The top rail segment will allow for the installation of a reflex sight. One major advantage that a gas shotgun has over a spring shotgun is the ease in which it takes to cock the gun. Without a spring needing to be compressed, the handguard moves almost effortlessly for speedy followup shots. In addition, the realism in both operation and sound is unparalleled in gas shotguns.