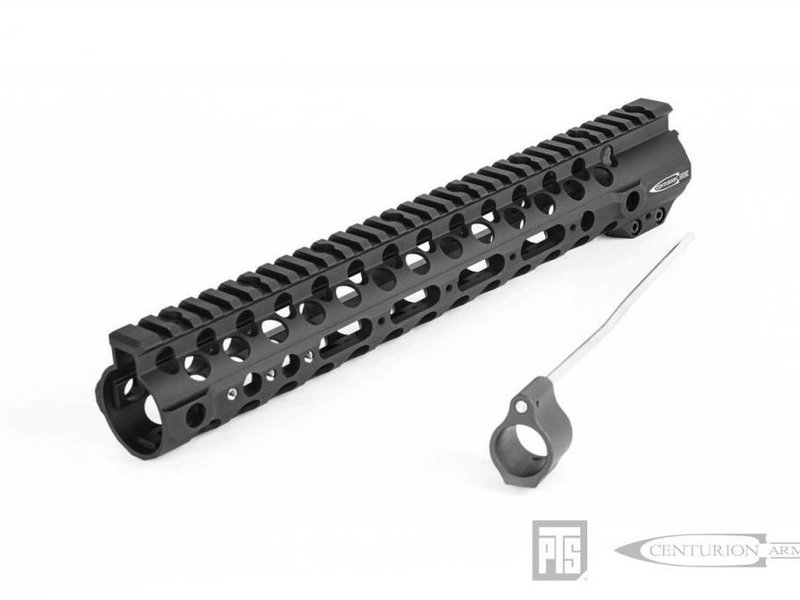 The PTS Centurion Arms CMR 12.5inch Rail Gen 2 has been updated with lightening cuts just like on the PTS CMR 9.5inch and 11inch versions which contributes to further weight reduction to an already lightweight and minimalist rail thus further enhancing control and portability without sacrificing strength and durability. CMR rails utilizes a proprietary barrel nut which is included along with a gas tube and low profile gas block.

The CMR rail was designed with a top rail that gives an AR upper a continuous rail for mounting accessories but does away with the rails at the 3, 6, and 9 o'clock positions which are often not used thus adding unnecessary weight and bulk to a rail. However, accessories can be directly mounted to the rail at those positions with the installation of the proprietary simple and light-weight CMR accessory mounts or rail sections (sold separately) only where they are needed. The CMR rail also has built in anti-rotation QD mounts in 4 positions at both ends of the rail on both sides.

The PTS Centurion Arms CMR Rail Series are licensed airsoft replicas, designed for training and simulation use only.