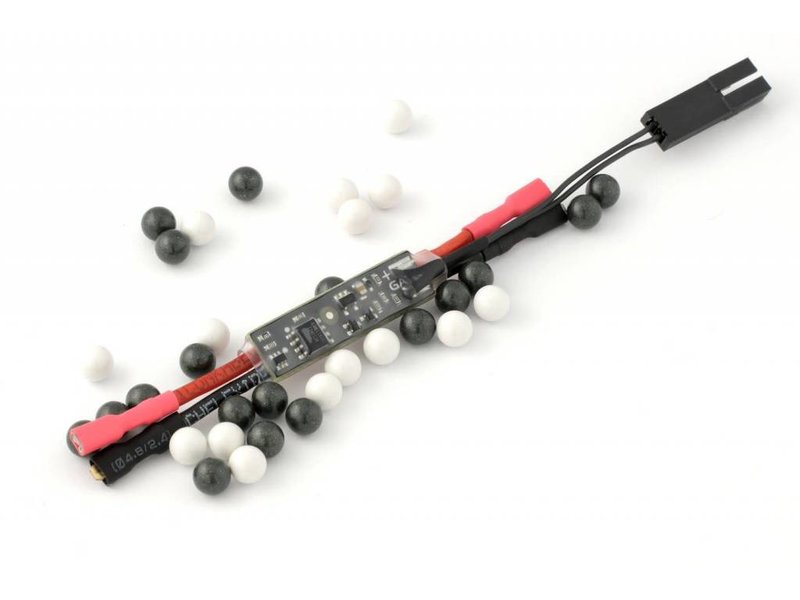 PicoAAB is the smallest, 3rd generation MOSFET with Active Brake. It can work with 14.8V Li-Poly batteries.

The system can be installed in every AEG. It can work with the smallest ASG replicas. The installation is very easy and the interference in the replica is limited only to running one or two additional wires from the contacts.