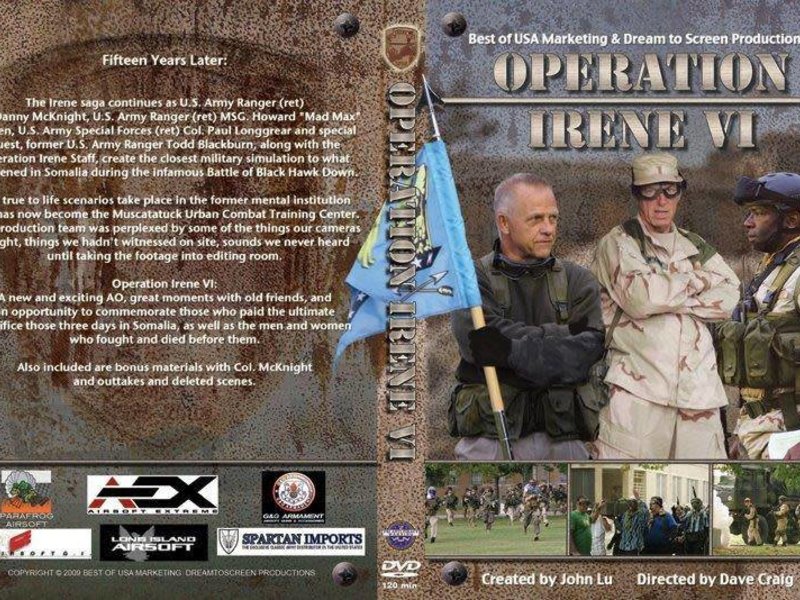 2008 marks the 15th anniversary of the Somalia mission portrayed by the hit movie Black Hawk Down. Since 2003 men and women of Operation IRENE traveled from all over the United States to pay tribute to American soldiers who lost their lives in Somalia in 1993.

A special commemorative service will be held at the chapel at Muscatutuck Urban Training Center on Friday, Sept. 26, 2008, to kick off OP IRENE VI.

No matter which side you play on, you're keeping the memories of the mission alive. In honor of US soldiers, retired Green Beret legend Col. Paul Longgrear has graciously agreed to lead the Freedom Fighter side...great OpFor exemplifies great GIs...

A combat veteran, Col(ret) Danny McKnight is the former Commander 3rd Battalion, 75th Ranger Regiment and was the commander of Task Force Ranger during the famous Somalia incident as portrayed in Black Hawk Down (his role was played by Tom Sizemore in the movie).

MSgt(ret) Howard "Mad Max" Mullen is a 20+ year Army veteran with combat experience in Panama and Grenada and a former Ranger instructor that has served with all 3 Ranger battalions the and Regimental HQ. A hand-to-hand combat expert, he co-authored the US Army Combatives Manual.

Colonel Paul Longgrear retired from the US Army after 26 years of combined federal service with a distinguished service record including such prestigious awards as Silver Star, Bronze Stars for Valor, 3 Purple Hearts and two Vietnamese government awards for valor and two achievement awards from the German Army. He is a middle east specialist and speaks on Counter-Terrorism, Patriotism and Identifying the Real Enemy in the Current Terrorism Conflict.