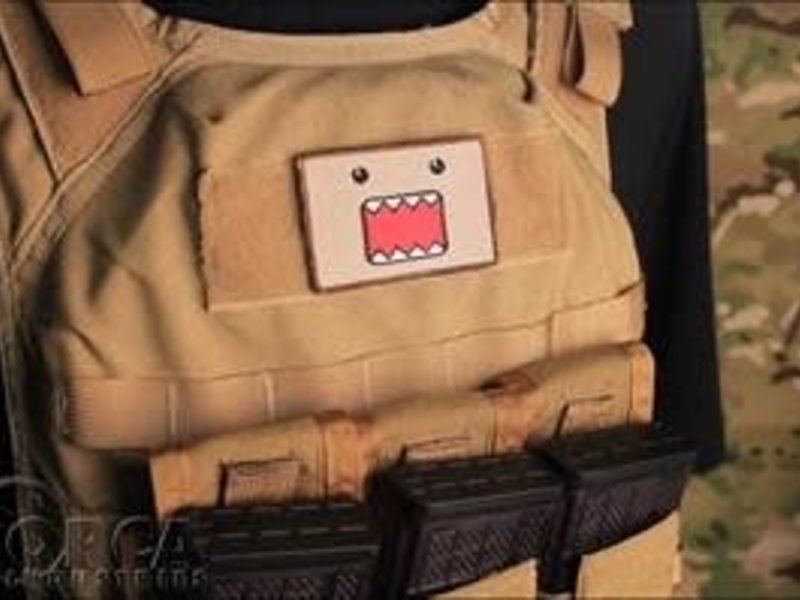 Domokun is the mascot of Japanese Television Network NHK, but has received a meme/cult following in the USA. Even mainstream retailers like Target have used Domokun in promotions. Either way, we think Domokun is a cool character and would proudly rock him on a plate carrier.